So this showed up in my Timehop this morning: 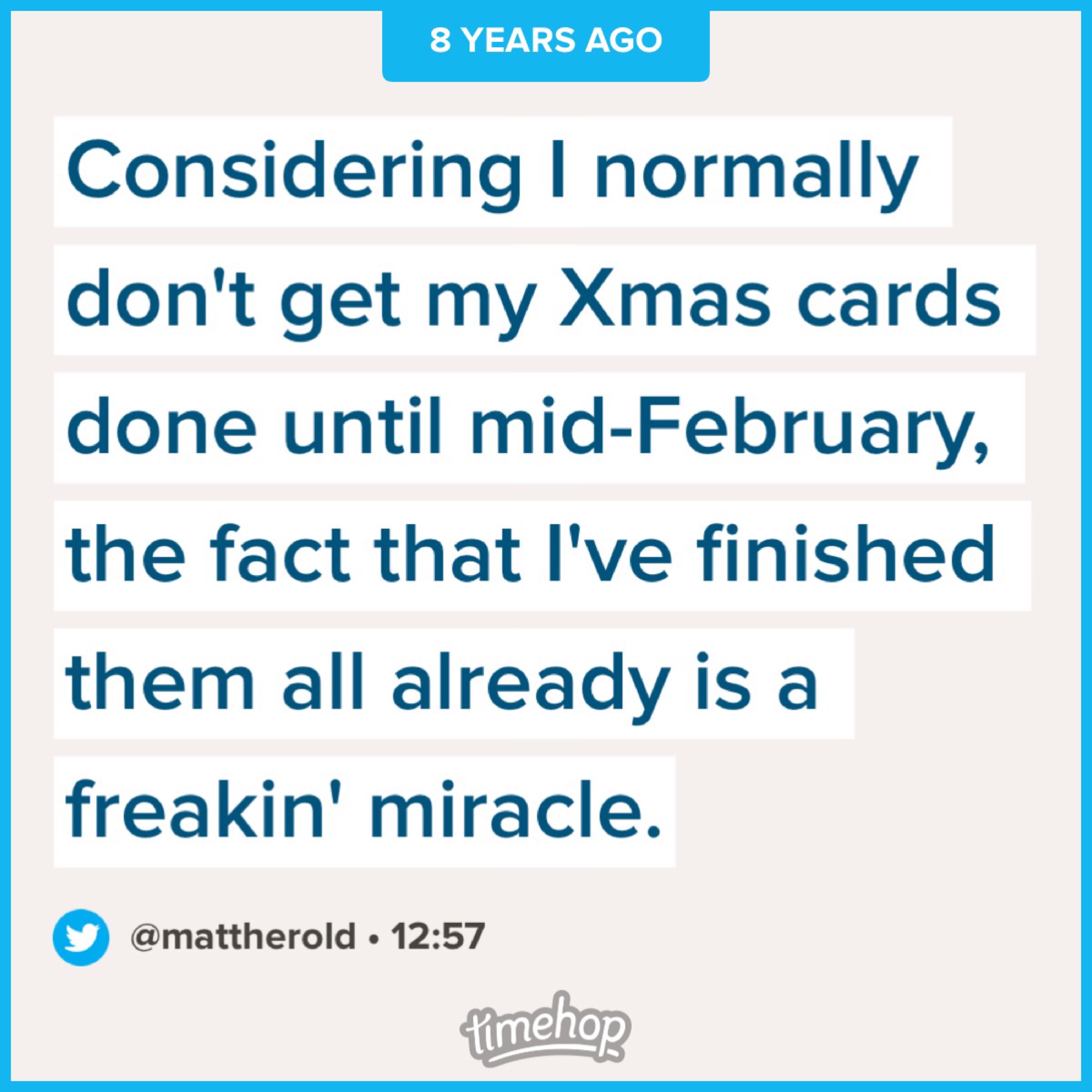 Well, that answers the question raised in yesterday’s post: according to my old tweet, the last (and probably only other) time I got my Christmas Cards done early was 8 years ago.

So that got me thinking. I was curious if there were any similarities between December of 2009 and now that would explain why I managed to get them done that year. I knew I was living in Seattle at the time and was also working on my book so perhaps that had something to do with it? Maybe my momentum from writing carried over to my greeting card correspondence? I was also working at a bookstore at the time so could that have helped? Perhaps I’d had a set enough schedule (like I do now) that facilitated my being productive?

Fortunately I’ve been doing Morning Pages (a la “The Artists Way“) since I first went to Japan in 2003 so I have an entire shelf of notebooks detailing the last 14 years of my life. I figured I’d just go reread my entry from that time, figure out the parallels between then and now, and then do a cool blog post about it.

But, when I flipped through the pages, I realized it wasn’t a typo. In 2009, I did a grand total of 9 entries, the last being in October. Then there was a 5-month gap (right over the date I was looking for) before the next entry. Then an 8-month gap. Only THREE entries in 2010. (Ouch!) 5 more entries around my birthday in April of 2011 and then a small gap before I started journaling regularly again from June 23rd, 2011, the day after I was hired in a job that would get me out of Seattle, also the day after a 2-year relationship ended.

I don’t know why I stopped doing my journals shortly after the start of 2009. I think that was around the time when I really started to focus on writing my book. I guess I thought that time spent writing in journals was not time spent working on my book so I just stopped doing them. In retrospect, a terrible idea. I didn’t know at the time how important self-care and self-reflection was. That could explain why I was always so depressed in Seattle. (Well, that and 10 months of rain.)

As far as I can tell, I pretty much put my whole life on hold for a year or two. Maybe that’s why I managed to get my Christmas Cards done on time.

While I’m sad for the time I lost, I’m grateful that I’m now in the much healthier position to be able to write and work and do Christmas cards… and still have a life.