My wife and I watched the most recent Pet Sematary tonight and it got me thinking about what a huge part Stephen King has played in my life. IT was the first novel I ever read. (At Boy Scout camp. At night, in a tent, during Florida thunderstorms. So yeah, permanently scarred.) His On Writing is one of the best books on being a writer that I’ve read. I saw him speak in Seattle shortly after he was able to walk again after his accident and it was inspirational. The Dark Tower books were an unbelievable journey in and of themselves but were also a bonding moment between my youngest brother and me. And my favorite chapter of all time is Chapter 38 of The Stand. 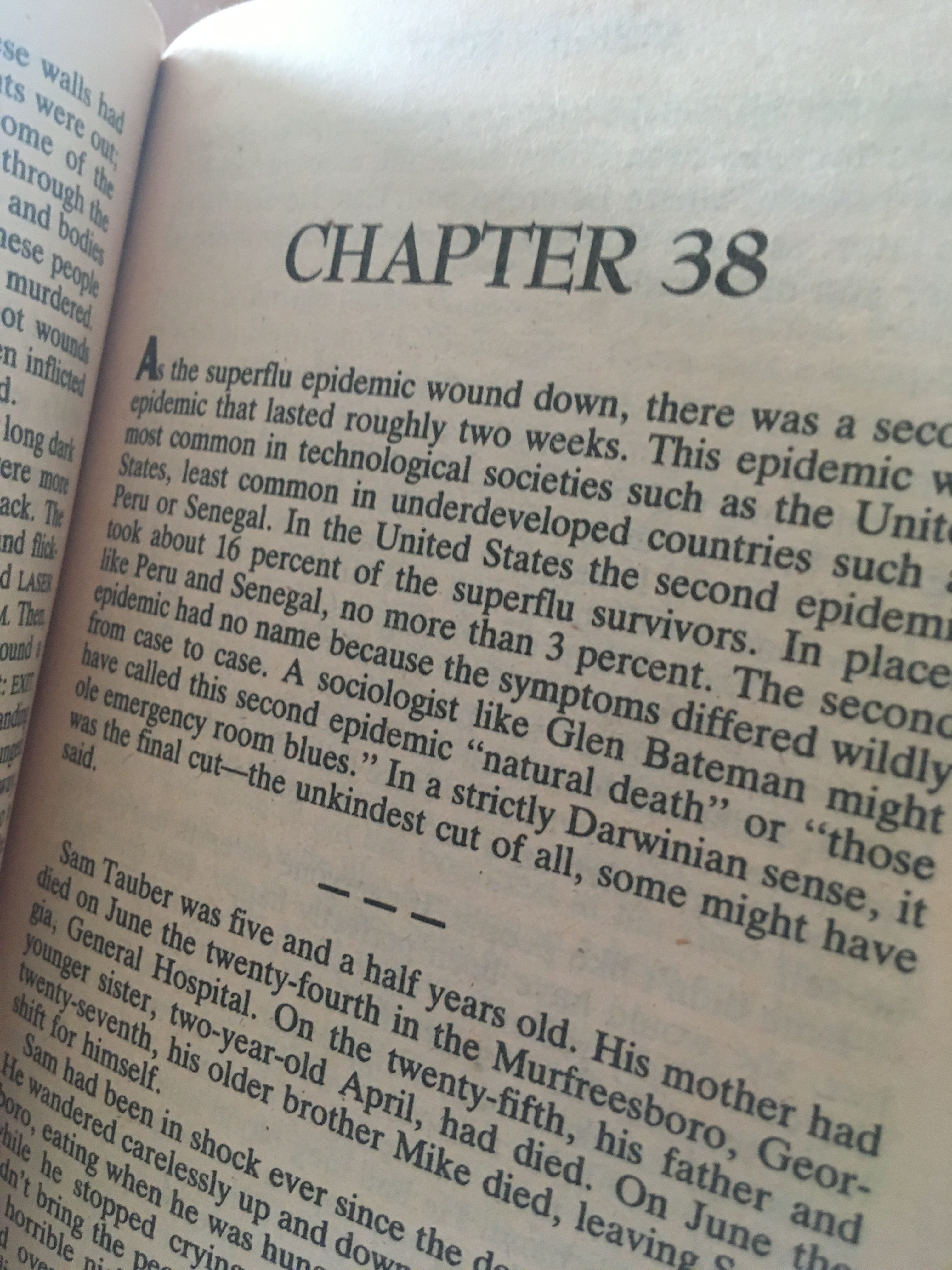 After several chapters setting up the start and consequences of the “superflu” (AKA “Captain Trips”), Stephen King does an entire chapter about the “second epidemic”, all the people who died of “natural death” after the pandemic had already destroyed 99.4% of the world’s population. When I read that chapter in high school, I was floored by it. Each death felt like a fully fleshed-out story. My mind reeled contemplating at how a skinny, near-sighted kid like me would have fared in a post-pandemic world. (I didn’t think the odds were in my favor.) It’s a chapter that always stuck with me and, when The Stand came back into the public eye thanks to COVID-19, I was reminded of that section.

As recently as yesterday I read an article about how ER doctors are worried because of the steep decline in stroke and heart attack patients, and it reminded me of Chapter 38.

Things are crazy right now (and they’re going to continue that way for a while) but, thankfully, they’re not Captain Trip’s crazy.