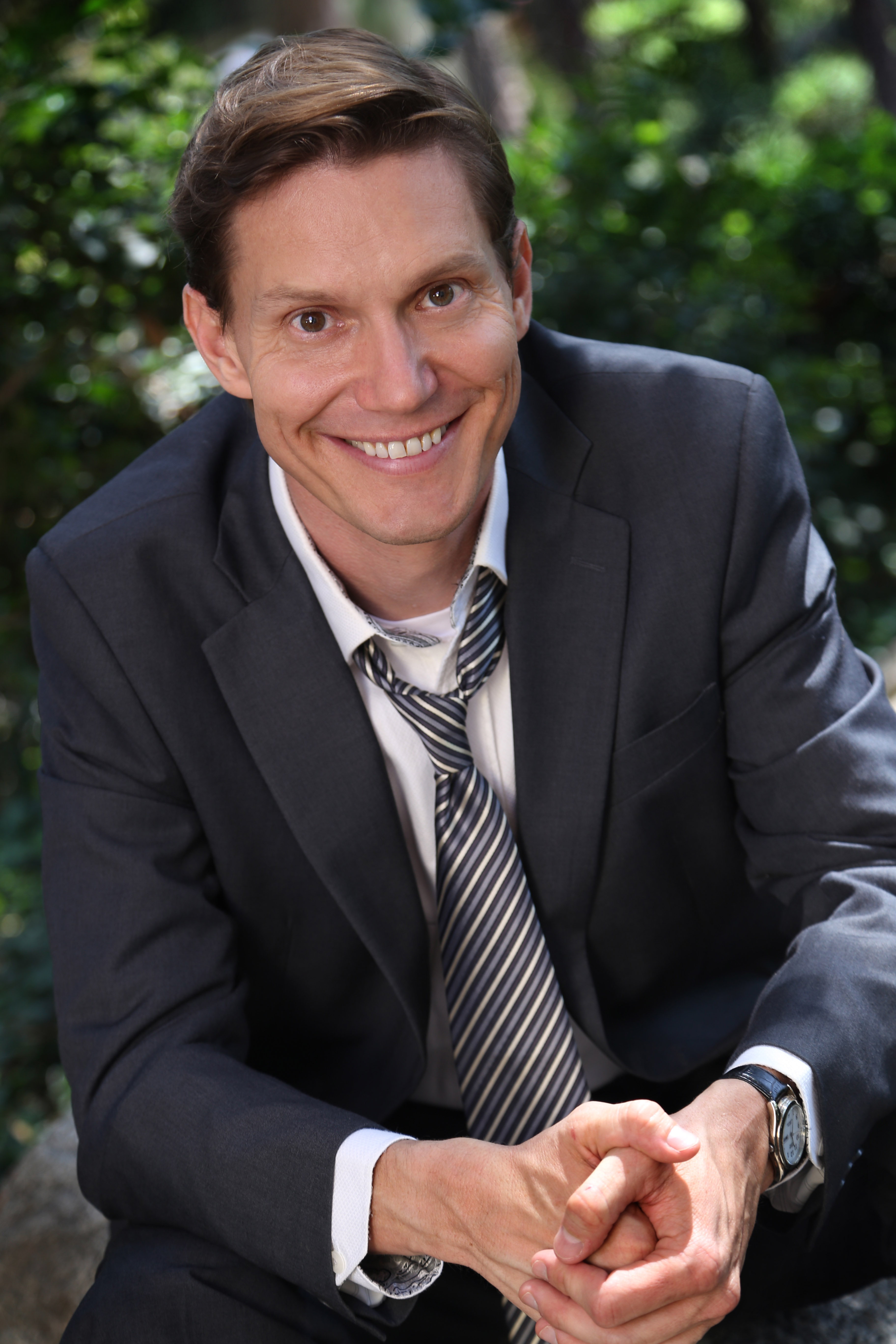 As a result of my nearly 4 years of working at Universal Studios in Japan, I am now the world’s longest-running Japanese-speaking Doc Brown.

This is quite an achievement considering that, when I was cast in 2002, I neither looked like Christopher Lloyd nor spoke any Japanese whatsoever.

Other roles I played in Japan included:

This is quite a step up from my work before Japan when my two most notable achievements were being cut out of Oliver Stone’s “Any Given Sunday” and appearing in a commercial testifying the greatness of a country music magazine I’d neither read nor had any interest in doing so.

I speak Japanese well enough to fool people into thinking I’m fluent, particularly if the topics are food, robots and time travel.

Despite nearly failing Chemistry in high school, I was a Mad Scientist for a while.

I currently work at Universal Studios Hollywood, pretending to be British, a New Yorker and a donkey.

I have a Mass Communications degree from the University of South Florida which I really should be doing more with.